The Glenn Gould Bach Fellowship is awarded by the City of Weimar and managed by Thüringer Bachwochen. 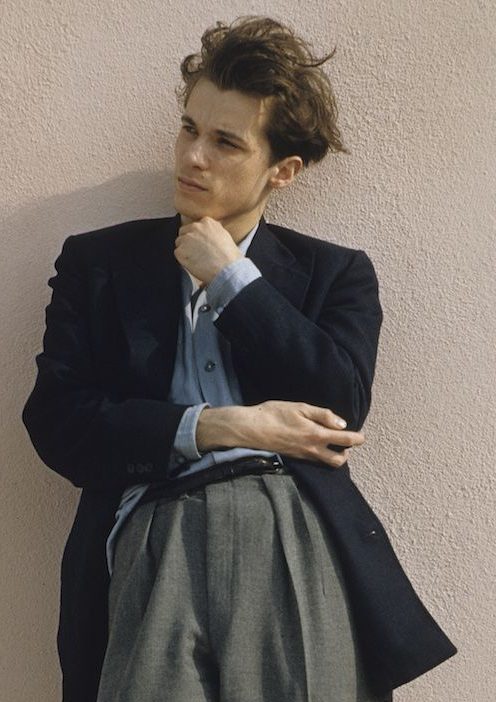 The Fellowship honours the name of one of the world’s most influential and iconic pianists. Famed for both his legendary performances of Bach and for his ground-breaking engagement with film and recording technology, the Fellowship seeks to emulate and celebrate these same qualities by helping a mature, established artist to recreate the music of the Baroque for the 21st Century. Using the most up-to-date technology, the Glenn Gould Bach Fellow will create over the course of the Fellowship an artistic artefact or series of artefacts that will capture their unique vision. Each two-year Fellowship will thus enable an outstanding musician to realise an artistic vision of stature and in the process make a statement about the music of the Baroque that endures.

The body of work created will be placed in a digital archive to be accessible publicly to show the achievements of this Fellowship.

Fellows are selected by an International panel of distinguished Artists and Arts Leaders and Writers.

For centuries, the City of Weimar has been home to some of Europe’s most renowned artists and thinkers; from Herder to Goethe, Schiller to Nietszche; from Cranach to Kandinsky and from Bach to Liszt, the city has nourished these outstanding personalities.

In keeping with this tradition, the City of Weimar will award the Glenn Gould Bach Fellowship every two years, thereby enabling a virtuoso of outstanding calibre to realise a unique and lasting vision.

Praised for his ‘“astonishing technical facility”, “singing line” and “perfect sense of balance”, Peter Tuite has garnered international acclaim for his recital and concerto appearances throughout the world, and in particular, for his performances of 18th century music. His joint traversal of the complete fifty-two Sonatas for Keyboard by Joseph Haydn was met with outstanding reviews; and in May 2020, concurrent with the completion of a new film of the Goldberg Variations (recorded in the Long Room Library of Trinity College Dublin) he was named Founding Fellow and custodian of the Glenn Gould Bach Fellowship awarded by the City of Weimar (see: www.ggbfellowship.org). As part of this honour, he will complete a series of recordings and films over the coming year, exploring different perspectives on the late works of Johann Sebastian Bach. 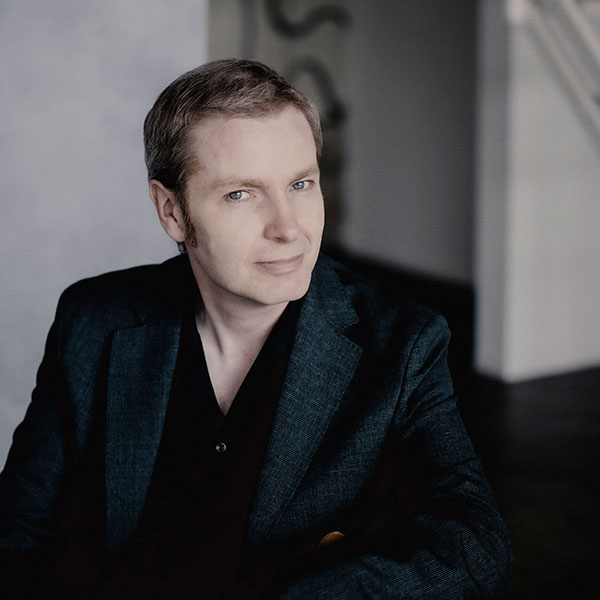 Educated at Trinity College Dublin, the University of Oxford and as a Fulbright Scholar at the Peabody Institute of the Johns Hopkins University, he subsequently went on to become Head of the Keyboard Faculty of the Royal Irish Academy of Music. Between 2015 and 2018, he was the Head of Piano and Keyboard Instruments at Trinity Laban Conservatoire of Music and Dance in London and continues to serve on the faculty of both these institutions.

A devoted chamber musician, he has collaborated with numerous artists at different times, from Hakan Hardenberger to the Vanbrugh String Quartet, from Pekka Kuusisto to singers such as Robin Tritschler and Claudia Boyle. He is one of the regular artists that attends the International Piano Week in Montepulciano, Tuscany, and is co-founder of the New Lights Festival in London – a festival devoted to contemporary currents in music. In 2020 he became a Philip Loubser Fellow and has recently set up a new multi-media initiative called the Glass Bead Studio, which develops dramatic new presentations of music within film, recording and art-installation. For more information, see www.petertuite.org.

Tanja Tetzlaff’s gift for interpreting music with class and refinement as both a chamber musician and Soloist, sets her out as one of the most noteworthy cellists of her generation. Tanja Tetzlaff’s trademark is her broad repertoire and desire for new, ground-breaking concert layouts, going beyond classical music performances, including other art forms and dealing with current events. She plays the standard works of cello literature as well as compositions from the 20th and 21st centuries of which she is particularly fond of, these include concertos by John Casken, Witold Lutosławski, Jörg Widmann, and Bernd Alois Zimmermann. 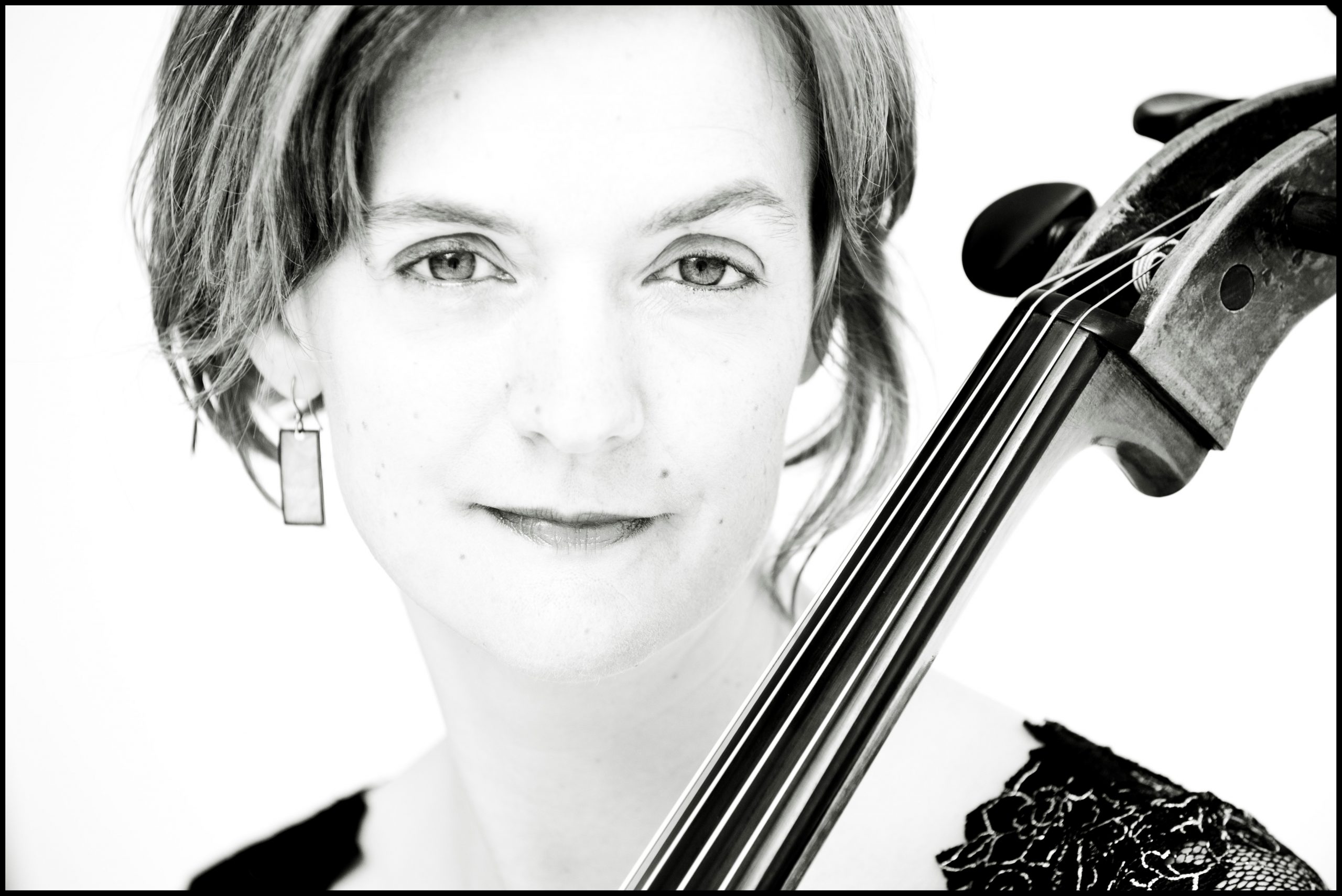 The Highlights of the 2020/21 season include a performance of the double concerto for Cello & Percussion by Rolf Wallin, Tetzlaff will be performing under the baton of Jaime Martin with the Gävle Symphony Orchestra in January 2021. Further solo performances with the Trondheim Symphony Orchestra, Belgrade Philharmonic as well as the Nationaltheater-Orchesters Mannheim are scheduled to follow. In the sphere of chamber music, Tetzlaff will continue her collaboration with her brother Christian, the Pianist Lars Vogt, as well as her husband Florian Donderer. Furthermore she will play as part of the Tetzlaff Quartett and will be collaborating with the Signum Saxophon Quartett at Philharmonie Köln, Elbphilharmonie, Kissinger Summer, Schwetzinger Festival, Albert Concert Freiburg, Nikolaisaal Potsdam and cultural hubs like London, Paris and Evian.

Experiencing the versatile chamber musician Tanja Tetzlaff as a confident soloist is a pleasure (…). Her playing touches and transports us into a better world.Eckhart Britsch, Mannheimer Morgen, 19.09.2019

Tanja Tetzlaff is an avid chamber musician, she plays regularly at international festivals in Edinburgh, Bergen, Baden-Baden and the Schwetzinger festival, where she enjoyed the position of „Artist in Residence“, May 2019. Further partners include Leif Ove Andsnes, Sharon Kam, Alexander Lonquich, Julian Prégardien, Baiba Skride, Antje Weithaas, Carolin Widmann and Hans-Kristian Kjos Sørensen. Tanja Tetzlaff is one of the founders of the Tetzlaff Quartett established in 1994, where she plays alongside her brother Christian Tetzlaff, Elisabeth Kufferath and Hanna Weinmeister. This season, they will be touring across the globe in Berlin, Brussel, Frankfurt, Hamburg, Ljubljana and London. Additionally, Tanja Tetzlaff has created a powerful piano-trio along with Lars Vogt and Christian Tetzlaff

Tetzlaff’s interpretations of Wolfgang Rihm and Ernst Toch have been featured in CAvi, Ars, NEOS and Ondine. Furthermore, In October 2019 she published a solo disc featuring the Suites for cello by J.S. Bach and compositions by Thorsten Encke. The Beethoven Quartets with the Tetzlaff Quartett and the piano quintet by Suk were released in spring 2020. Tanja Tetzlaff studied at the Musikhochschule Hamburg with Professor Bernhard Gmelin and at the Mozarteum Salzburg with Professor Heinrich Schiff. She plays a cello by Giovanni Baptista Guadagnini from 1776. Tanja Tetzlaff is strongly promoting environmental protection and works closely with the company “Arktik”.