Awarded by the Royal College of Music every two years to an outstanding pianist. 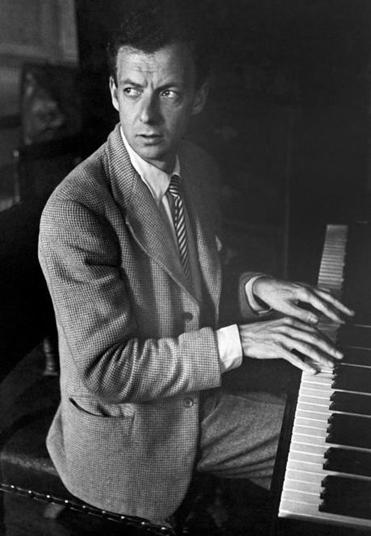 The Benjamin Britten Piano Fellowship is named in honour of Britain’s great composer of the last century who studied piano at the Royal College of Music between 1930 and 1932 under Arthur Benjamin.  The College awards this fellowship every two years to an outstanding pianist embarking on the Artist Diploma course to prepare for a career as an international soloist.  The RCM provides the opportunity for the Fellow to play for some of the finest international soloists including Murray Perahia, Evgeny Kissin, Andras Schiff and Eliso Virsaladze.

The biennial Benjamin Britten Fellow Wigmore Recital commenced in 2018 in London’s prestigious Wigmore Hall and has become a landmark feature of the Fellowship.

In addition, the Britten Fellow has the opportunity to complete a project to launch their international career.  Previous Fellows – from Ukraine, Russia, UK and Serbia – have produced critically acclaimed CD recordings, as well as a Music and Dance film.

The Royal College of Music is home to 840 students, around half of which come from 60 countries outside the UK. RCM professors come from across the world too, bringing with them a wealth of experience and expertise. This dynamic and diverse community produces outstanding performers, composers, conductors and researcher, many of distinguished international renown. The RCM’s excellence was recognised by the 2017 QS World University Rankings, in which it ranked top institution for Performing Arts in the UK and Europe.

He made his BBC Proms debut in 2015 performing Gershwin Rhapsody in Blue with the Royal Philharmonic Orchestra. He also performed the piece with the Ulster Orchestra at the BBC Proms “Last Night” celebrations which was broadcast live from Belfast on BBC Four and BBC Radio Ulster. In the following year, he performed at Her Majesty The Queen’s 90th Birthday thanksgiving service, which was broadcast live on BBC One from St. Paul’s Cathedral.
During this period he received support from the Young Classical Artists Trust (YCAT). 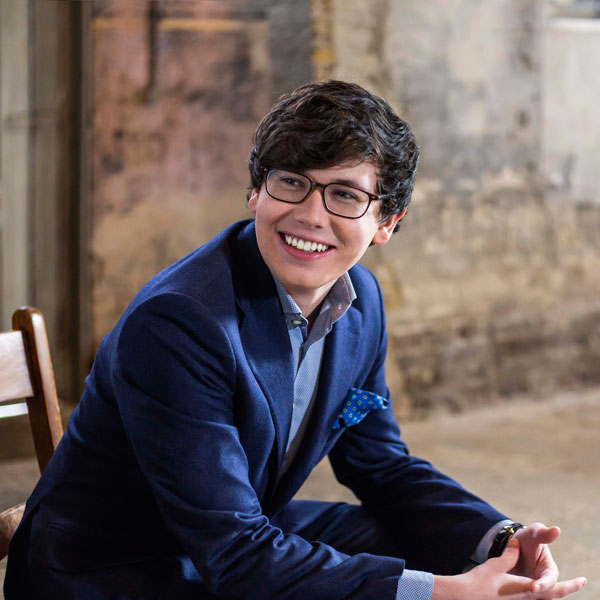 In 2017, whilst still an undergraduate at the Royal College of Music, where he has studied with Professor Vanessa Latarche, Bartlett was a quarter finalist in The Van Cliburn Competition, held in Fort Worth, Texas, attracting a considerable following both live in the hall and online on Medici TV. In 2021 he graduated with a first class bachelors degree, masters degree and an artists diploma from the Royal College of Music, having been also awarded the Queen Mother Rosebowl by Prince Charles. In the 2021/22 season, Bartlett will embark upon a European tour with the LGT Young Soloists, performing Philip Glass’s ‘Tirol’ piano concerto at the Berlin Konzerthaus, Vienna Musikverein and Hamburg Elbphilharmonie culminating in a gala performance for the Prince and Princess of Liechtenstein in London. He will also play recitals at the International Chopin Piano Festival at Duszniki Zdrój, Wigmore Hall, the Concertgebouw, and Alte Oper Frankfurt. In the Spring of 2022 Bartlett will join the Britten-Shostakovich Festival Orchestra on a tour in Russia. Martin James Bartlett will make his New York debut in the Young Concert Artists Series this season, as well as recitals in Arizona, Missouri, and Washington DC.During the past season, Bartlett was invited to play recitals across the UK, including Wigmore Hall and the Belfast International Arts Festival, as well as internationally, including recitals at the Concertgebouw, Salle Cortot, the Elbphilharmonie, the Wiener Konzerthaus, and Muziekcentrum De Bijloke Gent. Bartlett was also invited to play with the BBC National Orchestra of Wales, and for his debut with the NDR Radiophilharmonie Hannover and Royal Liverpool Philharmonic Orchestra. In this season Bartlett was also awarded 1st prize at the inaugural Cleveland international Virtualoso competition.Martin records for Warner Classics and has released two albums – Love & Death in 2019 performing BachSchumann, Wagner, Liszt, Granados, Prokofiev and Rhapsody: Rachmaninov & Gershwin 2022. 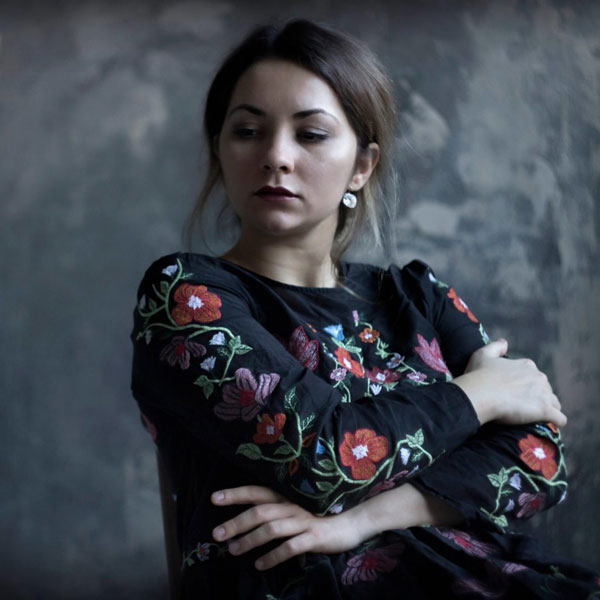 In June 2018 Arina Lazgiian was announced as the recipient of the Benjamin Britten Piano Fellowship for 2018-2020, awarded by the Royal College of Music. This Fellowship, named after the renowned composer and RCM alumnus, supports an exceptional pianist who has been accepted to the RCM Artist Diploma Course. The same year, Arina was selected to go through to the final stages of The Ferruccio Busoni International Piano Competition for the summer of 2019 in Bolzano, Italy. In December 2018, Arina was invited by the Royal College of Music to perform at a large fundraising VIP event, the Soirée d’Or, at the Victoria and Albert museum, Raphael Gallery. In March 2019 Arina performed on France-Musiques’s programme Générations- live in Paris. In July 2019, she was invited to Majorca to perform at the International Piano Festival “Torre de Canyamel” which included the renowned pianist Arkadi Volodos. The same year in July Arina has won the third prize on ‘Flame Concours’ in Paris, France. She has recently recorded Liszt’s Dante sonata which will be the musical basis of a newly-choreographed ballet film, with dancers directed by Margaret Williams.

Between 2010 and 2015, Arina was enrolled at the Moscow Conservatory where she studied under the renowned pianist Vera Gornostayeva. Before this, she studied with Yelena Plyashkevich at the Moscow Gnessin Special Music School between 2005 and 2010. In 2005 Arina was granted an honorary award from the mayor of St Petersburg. She has performed at the Grand Hall of St Petersburg’s Philharmonic Society, the Academic Capella and the Small Hall Glazunov in St Petersburg, the Salle Cortot and the Centre Spirituel et Culturel Russe in Paris.

Considered to be one of Serbia’s finest pianists, Nikola Avramovic is a sought- after performer. He is graduate of both the Belgrade Academy of Arts and London’s Royal College of Music, having studied and worked in masterclasses with pianists including Ninoslav Zivkovic, Ian Jones, Ashley Wass, Eliso Virsaladze, Wei-Yi Yang, Aleksandar Madzar, Janina Fialkowska and Sophia Gulyak. 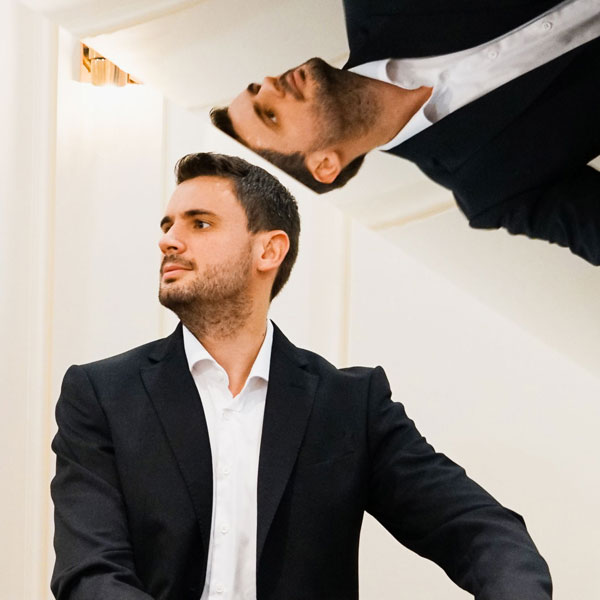 Nikola has performed at prestigious festivals in Serbia, United Kingdom, Estonia, Russia, Portugal, Spain, Poland, Germany, Italy, Slovenia, Macedonia, Czechia, Singapore, Japan and China and venues such as the Wigmore Hall, St.John Smith Square, Steinway Hall in London, Wesley Chapel in Harrogate etc.
He has given masterclasses in Europe and Asia and was the president of the Jury at the Steinway Piano Competition in Changsha(China).

Nikola has recorded for Radio Belgrade and has appeared regularly on the Serbian National Television.
He is the previous recipient of the prestigious Benjamin Britten Piano Fellowship at the Royal College of Music in London, which is supported by the Philip Loubser Foundation. As part of this scholarship, Nikola has recorded the CD for Genuin Record Label in Germany which was released on 6th of March earlier this year.
Nikola is a first classical pianist on a new social media platform called Pindify.
Currently, he resides in Shanghai.

Praised for his subtle interpretations and refined technical mastery, British pianist Alexander Ullman has impressed audiences and critics worldwide with his deep understanding of the scores he interprets, his elegant touch and crystalline phrasing.

The 21/22 season sees his evening recital debut at Wigmore Hall and debuts with Münchner Symphoniker (under Joseph Bastian) and Hong Kong Sinfonietta (under Ola Rudner), both with Rachmaninov Piano Concerto No. 3. He returns to the Sofia Philharmonic Orchestra (Beethoven Piano Concerto No. 4 under Dennis Russell Davies) and Klavierfestival Ruhr, and performs a recital at Hong Kong’s Premiere Performances.

In Spring 2019, Alexander’s first album on Rubicon, featuring Tchaikovsky’s Nutcracker Suite, Prokofiev’s Six Pieces from Cinderella, as well as Stravinsky’s Petrushka and Firebird suites, received rave reviews. In Spring 2022 the label will release a second album, featuring Piano Concerto Nos. 1 and 2 by Franz Liszt with the BBC Symphony Orchestra under Andrew Litton, coupled with his Piano Sonata in b minor.

Chamber music highlights include performances at the International Musicians Seminar at Prussia Cove (UK), Festspiele Mecklenburg-Vorpommern (Germany), the Pablo Casals Festival in Prades (France) and La Jolla Summerfest (US) with performers such as the Dover Quartet, violinists Barnabas Kelemen and Aleksey Semenenko, and cellist Michael Petrov.

Alexander first came to international attention in 2011 after winning the Franz Liszt International Piano Competition in Budapest. From 2014 to 2017 he was represented by Young Classical Artists Trust (YCAT). Born in London, in 1991, he studied at the Purcell School, the Curtis Institute and the Royal College of Music, completing his Artist Diploma as the “Benjamin Britten Piano Fellow” in 2017 (awarded by the Philip Loubser Foundation). His teachers have included William Fong, Leon Fleisher, Ignat Solzhenitsyn, Robert McDonald, Dmitri Alexeev, Ian Jones and Elisso Virsaladze.

In 2012 pianist Pavel Kolesnikov became a sensation at the Honens International Piano Competition when he took home the world’s largest piano prize. The London-based pianist was born in Siberia into a family of scientists. He studied both the piano and violin for ten years, before concentrating solely on the piano. Following his Wigmore Hall debut in 2014, The Telegraph gave his recital a rare five-star review and called it “one of the most memorable of such occasions London has witnessed for a while”.

Celebrated for his imaginative, thought-provoking programming which offers the listener a fresh, often unexpected perspective on familiar pieces, Pavel has given recitals at the Wigmore Hall and Queen Elizabeth Hall, London, as part of the international Piano Series, Carnegie Hall and Berlin’s Konzerthaus, Louvre and Salle Gaveau in Paris, Suntory Hall in Tokyo and Muziekgebouw in Amsterdam. In recent years he also performed at La Roque d’Antheron festival, the Musiq3 Festival in Brussels, Piano aux Jacobins in Toulouse, and the Aldeburgh Festival, among others. In 2020/21 he is Artist in Residence at Wigmore Hall performing three recitals throughout the season. 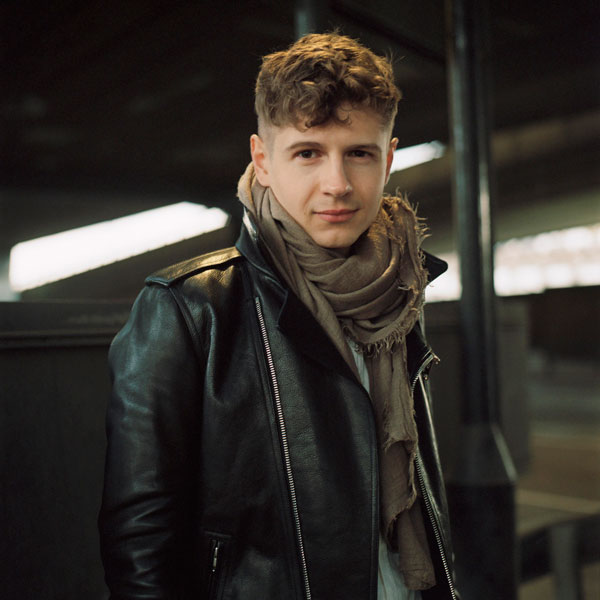 An avid ensemble player, Kolesnikov regularly performs in piano duo with Samson Tsoy and collaborates with other musicians such as cellist Narek Akhnazarian, Hermes String Quartet and Calidore String Quartet. In 2019 he performed the complete cycle of Brahms violin and viola sonatas with Lawrence Power. He formed Trio Aventure
with Elina Buksha and Aurelien Pascal.

Kolesnikov records for Hyperion, with repertoire ranging from rarely heard harpsichord pieces by Louis Couperin to Tchaikovsky’s The Seasons. His Chopin Mazurkas album won Diapason d’Or de l’annee, one of world’s most prestigious awards in the area of recording. His 6th album, Bach’s Goldberg Variations, was released in Autumn 2020. He collaborated with legendary Belgian dancer Anne Teresa de Keersmaeker on a new choreographic work based on the Goldberg Variations which was premiered in August 2020 at the Wiener Festwochen and is currently touring the world.

In 2019, together with Samson Tsoy, Kolesnikov started Ragged Music Festival at the Ragged School Museum, former “ragged school” of Dr Barnardo in London’s East End. In the same year Kolesnikov was honoured with the Critics’ Circle Young Talent Award 2019 for piano, praised for his “intensely personal interpretations, often daring in their originality” and his “crusading vision”. 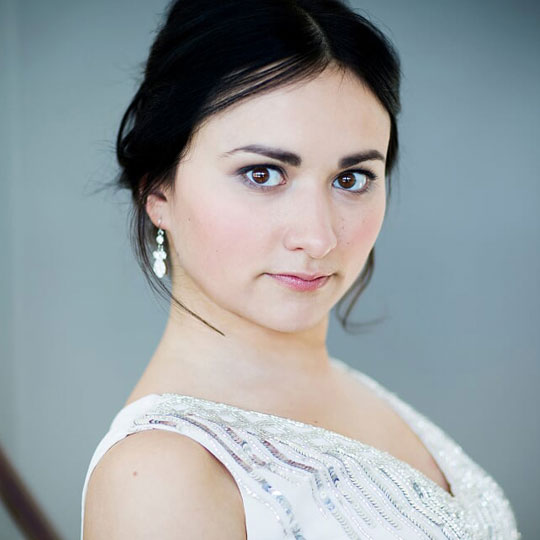 As a recording artist, Dinara has received widespread critical acclaim for her interpretations. Among many dazzling reviews, her album Liszt: Études d’exécution transcendante, S. 139, released by the German label GENUIN classics, was selected by BBC Music Magazine as Recording of the Month. Dinara’s debut album Music of Chopin and Liszt was made at the age of 16 with an American label DELOS, and the most recent CD is a part of renowned recording series Chopin. Complete Works on contemporary instruments, released by The Fryderyk Chopin Institute.

In 2021 she released a recording of all nine Prokofiev Sonatas on Piano Classics label which was received with much acclaim.

Dinara’s music education started in the age of five in her native Kharkiv, Ukraine. She graduated with highest honours from Moscow Central Music School, where she studied with Valery Piassetski, and the Moscow State P.I. Tchaikovsky Conservatory, where she worked with Eliso Virsaladze. Dinara completed her Master’s degree and Artist Diploma at the Royal College of Music under the tutelage of Dina Parakhina.